Jeff Senour Pilot by day Rock star by night and Podcast host in between.

From the Pentagon to Pearl Harbor and destinations in between, this Pilot by day Rocker by night brings to you Backstage Pass.  As a Commercial Airline Pilot, Motion Picture Film Pilot and Singer/Songwriter, Jeff Senour has always been a Renaissance Man, that person that believed you can achieve anything if you put your mind to it and live your dreams.  From Hollywood blockbuster films as a Screen Actors Guild Pilot, to Singer/Songwriter, Jeff also has always had the gift of music and aviation has been a huge part behind the inspiration of his songwriting.  As the front man of CTS-Called To Serve rock band, they have performed in venues across America inspiring people of all ages to live their dreams.  Jeff now hosts Backstage Pass as a sort of inside look into the lives of incredible people doing amazing things and making a positive impact on this world.  Bringing interesting people behind the scenes in great discussions about how they arrived where they are today. Tune in as Jeff introduces you to some amazing people many of whom you have heard of and some you’ll want to know about.

Power of one Foundation

Andre Roberson is and Musician, Actor, Producer and the CEO / Executive Director of Power Of One Foundation. The goal of he Foundation is to feed those who are hungry, love those who are alone, serve where there is need, and make a significant impact in ending hunger locally and globally.

Little Anthony is Back!

Little Anthony is Back to talk about live music and history it's going to be a great show.

Chris Cassone is a rock star Known all over the world and has played and recorded with some of Rock and Rolls biggest names. Today we talk with Chris about his music and where it has taken his and where it is leading him next.  www.chriscassone.com

Howard Blank has been performing professionally for over half a century. As an original member of the outsiders, he has had five top 40 hits including the mega hit “Time Won’t Let Me”, a million plus seller. Howard is also listed in the “Rock ‘N Roll Hall of Fame” in his home town, Cleveland. After a prestigious career he decided to share his gift and began to teach the next generation of up and coming drummers.

He is one of our San Diego locations’ original teachers and has been with Bertrand’s for over a decade. Howard is also the founder, leader, and drummer of San Diego’s, The Legends “Doo-Wop ‘N Roll Revue”.

The Outsiders were an American rock and roll band from Cleveland, Ohio that was founded and led by guitarist Tom King. The band is best known for its Top 5 hit "Time Won't Let Me" in early 1966, which peaked at No. 5 in the US in April, and the band also had three other Hot 100 top 40 hit singles.

Little Anthony and the Imperials is an American rhythm and blues/soul vocal group from New York City founded by Clarence Collins in the 1950s and named in part for its lead singer, Jerome Anthony "Little Anthony" Gourdine, who was noted for his high-pitched voice. In addition to Collins and Gourdine, the original Imperials included Ernest Wright, Glouster "Nate" Rogers, and Tracey Lord, the last two of whom were subsequently replaced by Samuel "Sammy" Strain. The group was one of the very few doo-wop groups to enjoy sustained success on the R&B and pop charts throughout the 1960s. 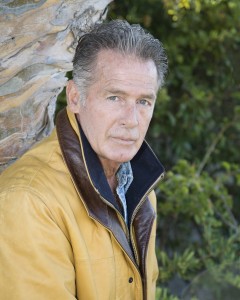 Award winning actor Jack Scalia, a Brooklyn native, was an All-American athlete in high school, playing three sports through college. In 1971 he was the # 1 draft pick for the Montreal Expos and the 3rd overall. He has competed in four triathlons the prestigious ” Liberty to Liberty”, run in four marathons that includes the Boston Marathon with an impressive time of 3 hrs 7 min 32 sec.  He took advantage of his muscular build and macho good looks by modeling with Armani, later joining the Ford Modeling Agency and signing on as the “Jordache Jeans Man” and the “Eminence Brief Man”.

In January 1980, Scalia made the transition into acting, which led to his first film role in the mini-movie, The Star Maker (1981), starring the late Rock Hudson. Scalia got his first taste of series stardom as an unshaven, rough-and-tough detective who joins forces with his slick and debonair father (Hudson again) in the TV series, The Devlin Connection (1982). Though the series had a short life, Scalia received scads of attention.  His more popular telefilm credits included I’ll Take Manhattan (1987), Ring of Scorpio (1991), Jackie Collins Lady Boss and was nominated as Best male actor in a mini-series by the American Television Awards (1992)”. He starred in the Iconic series Dallas”(1989) in which he received a best supporting actor in the ”Soap Awards Primetime”  More recently, he returned from living in Rome, Italy while filming a remake of his American TV series, Tequila and Bonetti (1992). His tele-film credits include Casualties of Love: The Long Island Lolita Story(1993). playing infamous tabloid newsmaker Joey Buttafuoco, with Alyssa Milano as his teenage object of desire.

He joined the cast of All My Children (2001-03) for a time and received a daytime Emmy nomination in the process.  Scalia co-starred in the Big Screen hit “Red Eye” (2005) starring Rachel McAdams Directed by Wes Craven also “End Game” starring Cuba Gooding ,Jr.  Director Andy Cheng.

He is presently an Ambassador for the Coalition to Salute America’s Heroes that is a  501c3 which is dedicated to making the lives of Our Wounded Veterans returning home and their families to be better prepared for the challenges that lie ahead.

Valerie started her drag racing career in 2006 on quarter-mile tracks in the All Harley Drag Racing Association (AHDRA) and returning 2017 to the NHRA Pro Stock Motorcycle series. Her desire to go faster, and break more records, led her to form her own land speed-racing team, Valerie Thompson Racing, in 2012.

Buried alive twice on September 11, 2001, this smart, funny, and now retired FDNY Lieutenant shares his amazing stories and strong messages that attendees will never forget. Joe travels the world as a professional speaker with a quest to make our country the "Re-United States of America", resurrecting patriotism, trumpeting the men and women of the Armed Services, mentoring adolescents, and inspiring audiences of all sizes to embrace change and never give up on their dreams.

© RadioActiveBroadcasting
Designed by Small Business Consulting
Back to Top